Q & A with Denver Holt

When it comes to documenting change in the natural world, Denver Holt has some data to fall back on. He has studied owls in the wild for over 30 years and is one of world’s leading experts. The founder and lead researcher of the Owl Research Institute (ORI) answers questions about the research and conservation.

You’ve been studying owls for a very long time. Does the research ever get monotonous?

Not at all, things constantly change. Look at it this way. Its August. I know the arctic shorebirds are migrating, so the past couple days I’ve been going out early and trying to find some mud to see if they are coming through. I don't force myself to do it - I just want to – it’s all timing. There’s not much going on with owls right now, so I’m looking at other things. It’s all important.

I make a note when I start to see skunk road-kills in the spring; when I see the first Buttercup of the season, changes in weather. And I record honestly. If I’m not sure about what I saw, I write that. The Montana State Natural Heritage program recently archived my 30 years of field journals. Several people commented on the honesty/integrity of my notes. You have to be honest to yourself, and with data. I’ll never stop researching.

How has the mission and vision of the ORI expanded since the early days?

It’s expanded because I’m really getting to be a decent mechanic! I can finally work on most of this field equipment myself [Laughs].

The mission is still to produce reliable data through long-term research. We started out that way and it’s still what we’re about. More and more each year, I see the importance of this as the data takes shape.

In terms of conservation, it’s definitely bigger. With the longitudinal studies, you gather information that is pertinent to conservation. Especially when you see declines and habitat changes. But advocating for it is a different story. I see myself speaking more and more as an advocate for conservation, using the owl as the medium. I want to get the word out to the public - not just at professional meetings.

What does the ORI’s research aim to reveal?

What is really happening with populations. That is thee question. That’s what long-term research is always trying to get at. All other questions are secondary: how many eggs did they lay, what are the growth rates, what does the DNA reveal, etc.? Those are interesting questions, but they don't tell you how a population is doing over time.

Long-term monitoring is the key, and for as long as you can. Although then you ask yourself: when I have 30 years’ worth of data, is it enough to say for sure where a species is headed? I’m unsure of the answer.

Will we see an end to the Alaska Snowy Owls? It almost looks that way; that I might be able to see that with my trend line already (25 year study). With the Montana Long-eared Owl, the line is not as steep, but the decline is there (30 yrs).

I used to think that a project had to terminate at some point. But now I think if I terminate either project, we’ll never know the answer.

Do you remain optimistic about the future of owls, or is that hard to do?

I’m an optimist. But I think the open country, grassland species are going to be in tough shape. In the end, we have to retain conservation lands - and alternate lands. You can't just have, say, the Ninepipe Wildlife Refuge. You have to have that refuge, plus another one 100 miles away, and another one, etc. And the habitats need to be similar for highly migratory species. It’s about maintaining habitat.

The Snowy Owl study does not sound very optimistic.

At least not in my study area. Now, does that mean that they just found another part of the Artic which is more conducive to their lifestyle? Habitat does change, and just because one area has deteriorated, it doesn't mean that another hasn't evolved into being the best habitat it can be. That can happen. It can, but it probably isn’t the case.

We haven't done the complete analysis yet. I need to get my long-term data sets to climate researchers and pool the data to see if there are associations. Remember, most of it is associations, it’s not facts. But if data points are highly correlated, then it's suggestive of an association.

But clearly in Alaska, on the Snowy Owl project, the ice is thinning. The permafrost is getting deeper. There's less snow. Unequivocally, it's happening up there. Just look at the shipping industry right now. A lot of money is being spent to investigate the Northwest Passage as an alternate route to the Panama Canal. The military is investigating the U.S. Arctic shoreline for deep-water to use for national defense. They know the ice is melting, climate is changing.

We need funding for a high-powered statistician to look at climate change for all our projects. Then we’ll really have something to work with.

How can owls be used to promote conservation?

Very easily, because of how they look. Owls are natural ambassadors of conservation. They occur in every habitat and on all continents, except Antarctica. And they are a group the public really responds to. If we’re working to conserve grasslands, tundra, desert or forest - there is an owl species that lives there, relies on that habitat, and can help usher the message. Owls are conservation icons on a global scale, not just the Arctic.

Looking for a last-minute Mother's Day gift? We've got you covered! 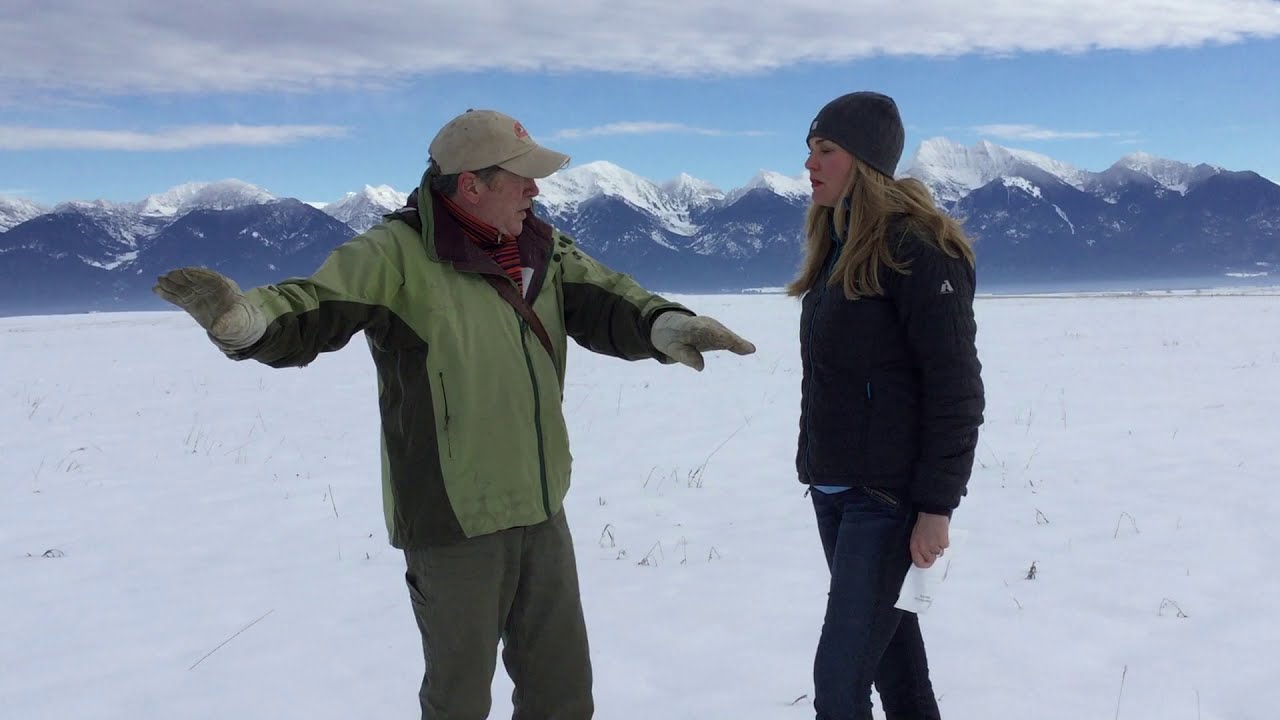 State of the Owl

Hello Little Ones! Great Gray chicks show their faces in a big way! 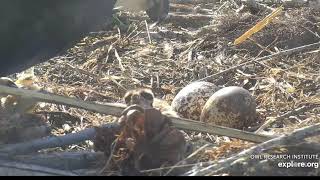 ORI's action at the Osprey nest

State of the Snowy Owl